Just Say Yes: The Aging Population and The Growing Use of Cannabis

Two populations that are consistently growing without even the slightest sign of slowing are the aging population and the population of those aging who have access to medical or recreational cannabis.

The 85 and older population is expected to more than double from 6 million to about 15 million by 2040.  The number of Americans who now have access to medical or recreational cannabis has proliferated with 44 states now having some variation of a cannabis program, although not all are functional (safeaccessnow.com).  Access to cannabis is making a difference and allows for the aging adult to become more informed about the medicinal value of cannabis medicine.

People are living longer lives. However, they are also living sicker lives many times incorporating a medication regimen that leads to less than optimal lifestyle, full of risk and side effects that drastically effect the quality of life.  “Adults over 65 take more medications than any other age group, consuming more than 30% of all prescribed medications and 40% of all over-the-counter medications and supplements” (pharmacy.ca.gov).

Adverse Drug Reactions (ADR’s) are not something to be taken lightly.  Adverse reactions from prescription drugs are the 4th leading cause of death in the United States.  For all age groups ADR’s cause more deaths than the pulmonary disease, diabetes, AIDS, pneumonia, accidents, and automobile deaths (fda.gov, 2016). To date, there have been zero deaths from a cannabis overdose.  Clearly, cannabis is safer, which is why the aging population is the fastest growing demographic using medicinal cannabis.  In Colorado about 32,000 registered Medical Marijuana patients are over the age of 50, accounting for about a third of registered patients in the state (Colorado.org, 2017).

The number of aging adults who have access and are turning to cannabis is growing.  With the increase in the aging population’s knowledge of cannabis follows a list of common ailments that these seniors are discovering cannabis can potentially relieve.  Symptoms such as Chronic Pain, Insomnia, Depression, Anxiety, and Nausea can all potentially be improved by the right ratio and route of cannabinoid therapy. In fact, the Medicare Data from 2013 has shown that in states that have operational Medical Marijuana programs in place, there was a correlational saving in prescription spending to the tune of 165 million dollars on prescriptions for Chronic Pain, Depression, and Anxiety alone (npr.org).

The number of ADR’s or potential deaths that may have been thwarted because of access to utilizing cannabis as an alternative to these drugs may never be known.  These patients are replacing their pharmaceutical drugs with a safer treatment.  They are not using cannabis to get high; they are using cannabis to heal and relieve themselves from debilitating pain and other conditions.

Looking at these symptoms and comparing the risk factors and side effects of commonly prescribed pharmaceuticals one can easily see why cannabis is a safer option for the aging population.  Chronic Pain, for example, is something that many aging adults deal with.  Pain may come from various disease processes and may be treated in different ways with different medications as indicated in Western Medication or even using medications off-label.

Opioids are most commonly used and seem to cause a lot more problems than they attempt to fix.  Confusion, lethargy, nausea, falls, and constipation are all common side effects seen with opioids that many patients will succumb to dealing with just to find some relief from the pain.  Many patients will try to avoid taking such an unpleasant fix because the symptoms can be worse than the pain. This is unacceptable and no way to live.

Take Mr. B, for example, I was called to visit a 94-year-old patient with Metastatic Bone Cancer who was experiencing constipation.  Upon my arrival, I notice his pain seemed to be more than I would have expected for even severe constipation.  I find out that he has not been taking his BID Oxycontin nor any of his PRN Vicodin for five days.  He has not had a good BM in even longer, thus his expected reluctance to taking his pain medications which only make his constipation worse.  When I mentioned that he could look at his options outside of these, he looked intrigued but said his trusted physician had said he was just too old and should stick to the pills.

This encounter took some education, and the patient’s son was quick to agree that his current situation warranted at least giving cannabis a try. Luckily the recreational cannabis program in Colorado allows for anyone 21 and older to use cannabis without a medical recommendation.   His pain would soon be under control and his side effects of cannabis much more pleasant: sleeping better, eating better, and yep, even pooping better.

Overall his quality of life was much improved.  Recent research out of The University of New Mexico has shown that utilizing cannabis along with opioids can very beneficial as well.  While following Chronic Pain patients in the Medical Cannabis Program for 21 months, there was significant evidence both clinically and statistically showing an association between MCP enrollment and opioid prescription cessation and reductions and improved quality of life (Vigil et al., 2017).  Improved quality of life is imperative for patients experiencing chronic pain.  Without the addition of cannabis, they may be left with only the option of suffering between the side effects of the medications and the symptoms they are trying to treat.

Cannabis can be very beneficial for those suffering from Depression or Anxiety. “Depression is the most common mental health problem in the elderly and is associated with a significant burden of illness that affects patients, their families, and communities and takes an economic toll as well. Prevalence studies suggest that 14% to 20% of the elderly living in the community experience depressive symptoms, with higher rates among the elderly in the hospital (12% to 45%) and even higher rates in long-term care facilities (an estimated 40%)” (Wiese, 2016).

Medications commonly used for Depression and Anxiety are really not different than the Opioids in that they too come with a list of unpleasant side effects such as: Drowsiness, Dizziness, Restlessness, Weight gain (the risk is higher with some atypical antipsychotic medicines), Dry mouth, Constipation, Nausea, Vomiting, Blurred vision, Low blood pressure, Uncontrollable movements, such as tics and tremors (the risk is higher with typical antipsychotic medicines), Seizures, and a low number of white blood cells, which fight infections” (nimh.nih.gov).

They also can increase the risk of falling, and some of the anxiolytics are very addictive. Use of antidepressants in the elderly has skyrocketed to nearly an estimated 20% of all those 65 or older taking an antidepressant in the last 30 days according to the National Survey Data released by the CDC. “The use of antidepressants increased with age and reached nearly 19 percent in adults 65 years and older (see bar chart)” (psychnews.org).

Cannabis can be a useful treatment option for the older adult who wishes to avoid prescription drugs with such heightened risk and side effects.  While Physicians may struggle with a concept such as “take two hits and call me in the morning” there is much to be said about allowing the patients to adjust their dosages and figure out what works best for them.  This is not to say they should go out picking and choosing what strains or routes to use without education, but more to show that patients could benefit and make wiser choices when they are empowered with knowledge about strains, dosage amounts, and routes via a Cannabis Nurse Navigator or an educated Physician.

When we look at the goal, to live longer lives, it should go without saying that we all want to live longer as long as the quality of life is worth living.  Looking at cannabis as an option for treating many symptoms and disease process can improve patients’ quality of life while decreasing the number of unwanted side effects that many elderly patients feel they have become doomed to live with.

As access to cannabis increases older adult patient use will also increase.  It is imperative to teach both patients and Physicians alike that patients are never too old to use cannabis and that there is a multitude of products, routes, concentrations, and Ratios to consider which can be tailored for each specific patients’ needs.  While it is not a one size fits all, it is about as close to a wonder drug as we have right now in that it can treat a very wide range of problems, many of which are affecting our elders.

CBS NEWS from “Seniors and Marijuana” at https://www.cbsnews.com/news/seniors-and-marijuana/

A Profile of Older Americans: 2016, Administration on Aging Administration for Community Living U.S. Department of Health and Human Services, retrieved from https://www.acl.gov/sites/default/files/Aging%20and%20Disability%20in%20America/2016-Profile.pdf

Wiese, B. (2011). Geriatric Depression: The Use of Antidepressants in the Elderly. British Columbia Medical Journal Volume 53 No 7 September 2011 retrieved from http://www.bcmj.org/articles/geriatric-depression-use-antidepressants-elderly 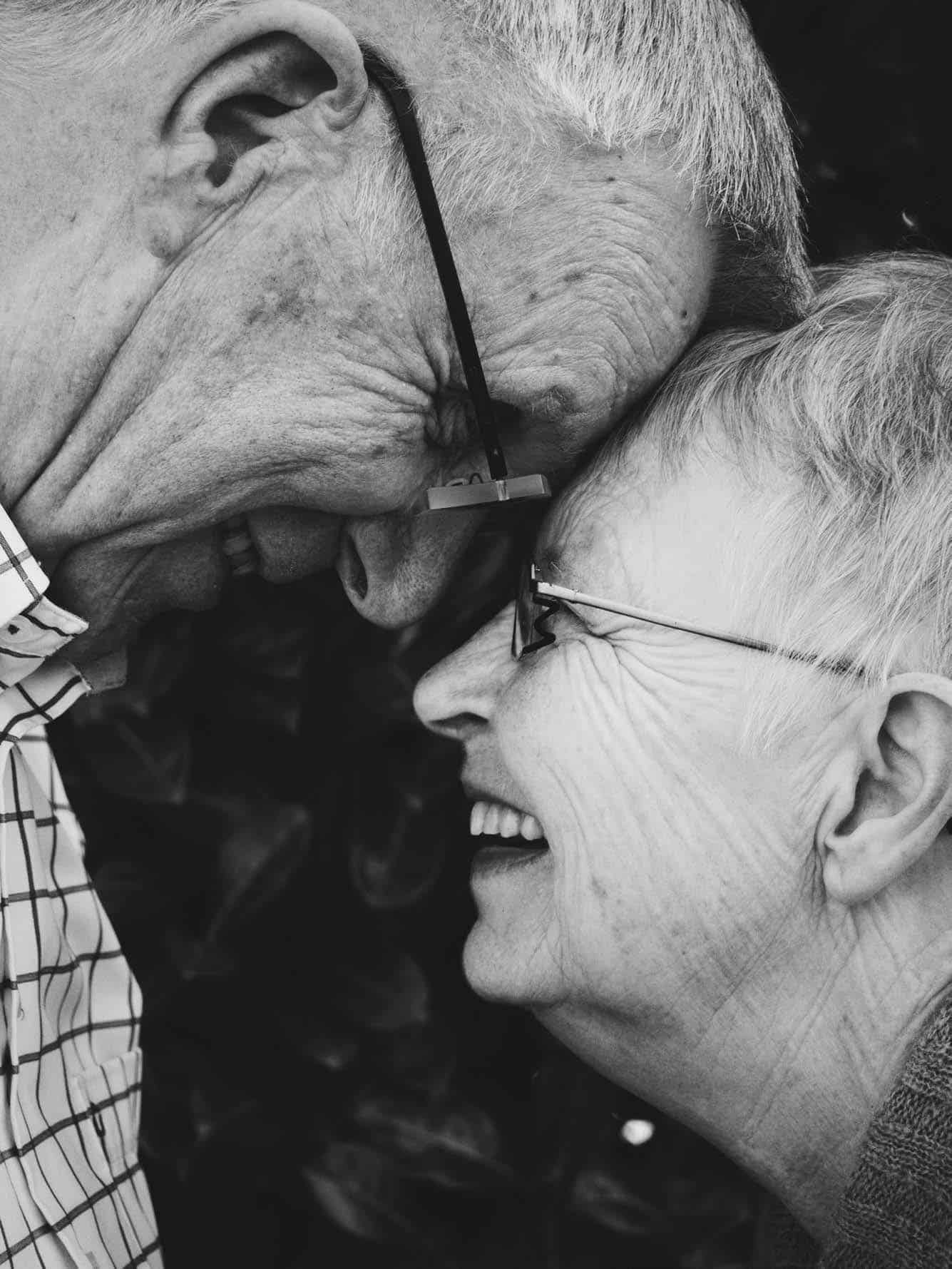 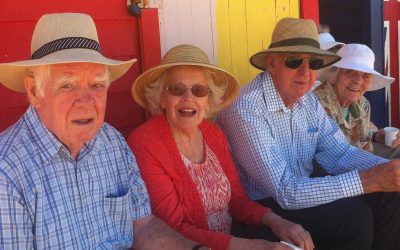 Medicinal Cannabis: A Therapeutic Alternative for Management of Chronic Pain in Older Australians

As a nurse caring for seniors the past 35 years, there are many universal care concerns I have found across the continuum. With the “Baby Boomer Generation” reaching critical mass, there are many myths about aging we need to address. Most of us wish to retire in our... 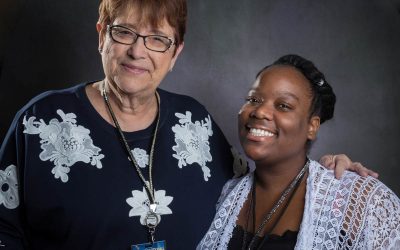 Incorporating Cannabis into my Senior Lifestyle

Seniors are the fastest growing population of consumers in the cannabis industry. That could include your Mom, your Dad, your Grandma or Grandpa. They are going to try cannabis for the first time. Is that safe? Should they be doing that? How old should they be? What...