Cancer Doesn’t have to be Scary: State of Oregon 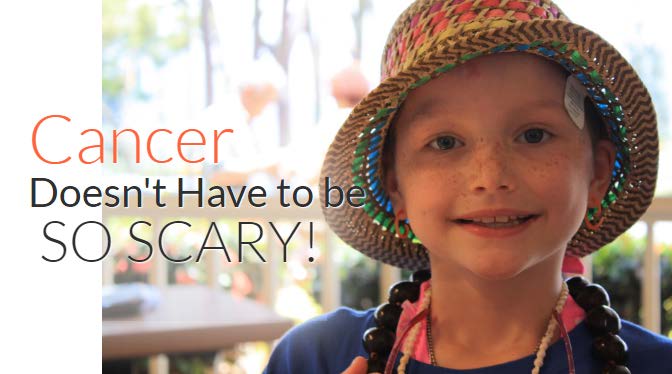 Mykayla has T-cell Acute Lymphoblastic Leukemia This is a very rare and aggressive form of childhood leukemia; it accounts for 15-18% of childhood leukemia cases. Leukemia is cancer of the blood and bone marrow. Mykayla’s DNA was altered someway and it caused her bone marrow to start producing immature/leukemic white blood cells. These immature white blood cells are known as “lymphoblasts”. Lymphoblasts never die like a normal cell so they build up and accumulate in the chest area causing a mass (this is specific to T-cell phenotype).

Mykayla fell ill in May of 2012. She had flu-like symptoms such as body aches, fevers, fatigue, cough, and runny nose. She was evaluated by an urgent care office and diagnosed with strep throat. They prescribed antibiotics but she did not get better. She soon developed a red rash that covered her ankles. Her bruises that covered her body were alarming to us… as she was too tired to play outside where she normally got bruises like this. Her tummy began to hurt badly and we took her to her pediatrician. He wanted us to remove dairy from her diet… to see if that solved the issues we were having, but it continued to get worse. 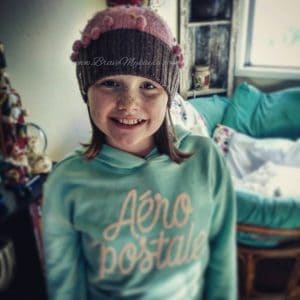 “We feel that any critically ill child deserves to have a quality of life equal to their peers or as close to it as possible. Children with Cancer, epilepsy, mitochondrial diseases; Autistic children and many other conditions deserve the chance to feel the whole body benefits of Cannabis. If someone can accept giving their child dangerous pharmaceutical medications every single day; medicine that has many unwanted side effects and addictive properties, then why is it not just as acceptable to start with Cannabis before progressing on to the harsher medicine? Why should this medicine not be available to a child? I have yet to hear a reasonable answer as to why it shouldn’t.” ~ Erin Purchase (Mother of Mykayla)

She began sweating during the night, so severely that it would soak through her sheets into her mattress. Her breath was shallow… and her skin was pale cool to the touch. Her heart beat was funny, we couldn’t pin-point what exactly was different, but the way her pulse looked was different. We feared that we would lose her if they did not find out what was wrong.

On Friday, July 13th 2012 we took Mykayla back to the pediatrician. While checking for pneumonia they discovered a basketball sized mass (of lymphoblasts) in her chest. We were sent to Portland, Oregon where the nearest children’s hospital is and the very next day she underwent spinal taps and bone marrow biopsies and was subsequently diagnosed with Leukemia. Mykayla’s mass was so large that she was not able to be sedated for risk of death from the pressure on her esophagus and heart. Some of the valves that drain fluid from around your heart were blocked by the mass causing her pericardial effusion (fluid around the heart). Mykayla spent 3 days in the Intensive care unit and had to undergo an entire surgery to place a PICC line with no anesthetic or pain relief at all due to the risk it posed on her condition.

Leukemia is the most common form of childhood cancer.

In the United States of America there are only TWO approved treatments for cancer… radiation and chemotherapy. Both are extremely toxic to the human body. When you are an adult you have the choice to use these two options or refuse and treat yourself however you want. When you are a child with cancer your parents do not have the option to refuse the approved way without facing legal repercussions that could include losing custody of the child. Also I feel that conventional medicine has a very important place in this world. I feel that there is a balance between conventional medicine and natural medicine. Speaking in terms of the average American family… this balance has been lost! Our family strives to create this balance for Mykayla, and providing her with the best possible chance of living a normal and healthy long life. With these thoughts in mind I will explain Mykayla’s treatment in further detail.

We have chosen the fundamental chemotherapy protocol for childhood leukemia available to satisfy the “approved” & required treatment.

This protocol is used to treat low risk leukemia patients (Mykayla is technically intermediate risk). It is a 3-5 chemotherapy drug and steroid combination that is done in 5 rounds lasting 2.5-3 years. The first 4 rounds are very intense and last for 6-8 months. The last round is called “maintenance”, it is done mainly from home and is far less damaging then the first 4 rounds. Mykayla began maintenance chemotherapy in February of 2013. Mykayla began chemotherapy on July 16th, 2012 (she began steroid treatment on July 14th, 2012). Mykayla’s Lymphoblast level was monitored daily for the first 8 days and weekly or twice weekly thereafter. Her lymphoblast level would go down after receiving chemotherapy but a few days after it would be back up and sometimes higher than before chemotherapy.

The doctors were concerned. They spoke to us about the possibility of Mykayla having a bone marrow transplant due to leukemia not going into remission with the chemotherapy. 95% of children with leukemia go into remission during the first 30 days of chemotherapy… the majority of them go into remission just a few days after receiving chemotherapy for the first time.
The oncologist did recommend cranial radiation in Mykayla’s case as she is an intermediate risk, t-cell phenotype, and had a very small amount of leukemia cells in her brain and spinal fluid. Using cranial radiation to treat leukemia is a topic that is already controversial between the different cancer research groups our family felt 100% confident in denying cranial radiation for Mykayla as she is in remission (it was for prophylactic/preventative reasons that it was recommended) and she has natural treatment methods that protect her from cancer and relapse.

We as parents feel that the balance between natural medicine and conventional medicine has been lost.

We had a plan from the very beginning to combat Mykayla’s cancer and chemotherapy naturally and that was to use cannabis in the form of very concentrated and potent cannabis oil, raw cannabis juice, and cannabis cooked into food. Cannabis has been known to kill cancer, protect the body from the damage of chemotherapy, relieve pain and nausea, and it is a neuroprotectant and antioxidant1,2,3,4. To use this form of treatment.

Mykayla had to get a recommendation from another physician and a state medical marijuana license. This took us 10 days to complete. Mykayla began cannabis therapy on July 24th, 2012. Instantly she was able to eat again. That was the first benefit that we noticed. She was happier, she smiled and laughed constantly. We loved it! One week after we began the cannabis oil treatment, Mykayla’s physicians notified us that her leukemia had vanished from her bone marrow and blood! She was in remission. Never again will I fear cancer. We found the answer! Mykayla continued the medical cannabis treatment plan and has never used any pain relievers (not even Tylenol) and has only had to take anti-nausea medication a few times.

Cannabis Therapy Does Not Have To Be The Last Resort.

Cannabis Therapy Should Be A Starting Point.

Aspects of our lives that play a role in Mykayla’s Treatment:

1. All strains possess their own benefits, no one strain is superior to another, they are all beneficial.
2. Blending strains gives you a broad spectrum cannabis oil with a wide variety of positive benefits.
3. When You are treating cancer with cannabis oil, you need all cannabinoids, not just THC or CBD.
4. Besides Cannabis oil, this medicine has many names: Full Extract Cannabis oil (FECO), Rick Simpson Oil (RSO), Whole Plant Extract are the most common.

This month marks two and a half years of treatment for Mykayla. At one point I never imagined that life could be
“normal” again after cancer plagued her body almost five years ago. Mykayla transitioned to 6-month check-ups with oncology in November 2016, and that was exciting because “cancer checks” have been a part of our life every month or an every-other month since 2012.
Mykayla is extremely healthy these days, probably healthier than she was prior to her cancer diagnosis! She is 12 years old and finished 5th grade, she is excelling in school and her mild cognitive delays (chemotherapy-related) are diminishing the longer she goes without chemotherapy. We have about 2 months until she hits 5 years off treatment where her risk of relapse is virtually non-existent. Mykayla’s oncologists informed me that her risk of a secondary cancer is less than the statistics due to our choice in replacing brain radiation and high-dose chemotherapy with cannabis oil. Each day I am thankful for life and good health.
Mykayla is participating in an after-school choir program along with her 2nd year in dance. This year she transitioned from
“hip-hop” to “Jazz,” and it seems as if she loves the change. She is on a competition/traveling team and had a couple of successful competitions at the beginning of 2017.

Mykayla’s little sister Ryleigh started kindergarten last year and is excited to be learning and around other kids. Mykayla is the best big sister to her and always helps her with learning to read and counting to 100. I remember when Ryleigh was 1 and Kayla was frail and sick from the chemo she would pack her around and I begged her to stop because Ryleigh was “getting too big.” Mykayla still packs Ryleigh around… she has never stopped. Sisterly LOVE right there.
Our family still advocates for cannabis medicine. We devote our lives to making this treatment available to all children regardless of their zip code.

I started college again after a 7-year break. I am studying Complimentary Alternative Medicine and once completed will be able to certify as a Master Herbalist and a Holistic Nutritionist. I feel that holistic medicine and a healthy whole food diet has a lot to do with Mykayla’s survival and her good health while enduring cancer treatments. Once my education is complete, I will be focusing on providing my knowledge base to families with children fighting cancer, so they too can have a more successful recovery.

We want to say thank you again for the endless support we received during the hardest most trying time of our life. Without our support system, this journey would not have been possible. Thank you for loving my daughter and sending her all the positive vibes she needed to kick cancers ass with cannabis!

Six Reasons Medical Cannabis should be allowed for Children: