While 36 states, the District of Columbia, and four U.S. territories allow medical cannabis use, the loose assemblage of state laws has resulted in a system riddled with inconsistencies.

And despite growing recognition of cannabis’ medicinal benefits, the plant remains illegal as a Schedule 1 drug under federal law.

Misaligned state and federal policies, in turn, manifest those inconsistencies among healthcare facilities and hospitals, where end-of-life treatment can be painful, isolating and politically contentious.

As a consequence, terminally-ill patients still suffer from a lack of access to medical cannabis products as a frontline treatment option or therapeutic recourse in hospitals and other healthcare facilities.

But that is gradually changing as individual patient advocates and organizations, like the Cannabis Nurse Network, work to eliminate the last vestiges of prohibition by pursuing an expanding list of rights associated with the plant.  One such effort is Ryan’s Law. 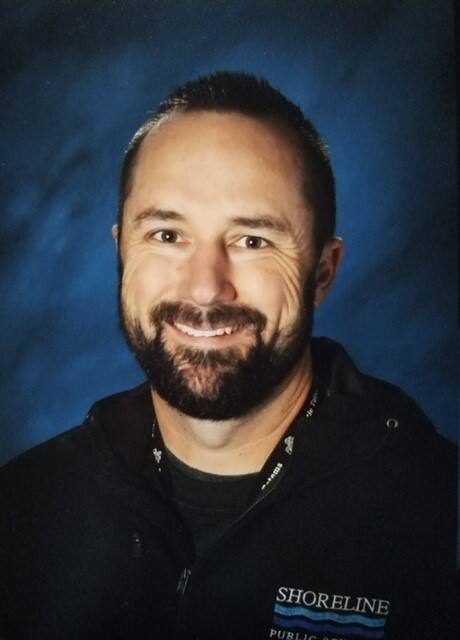 Ryan Bartell, who died of pancreatic cancer, was the inspiration behind the Compassionate Access to Medical Cannabis Act. (Jim Bartell photo)

When doctors diagnosed Ryan Bartell with stage 4 pancreatic cancer and gave him just weeks to live, his father, Jim Bartell, embarked on a medical mission to help his son stay alert and comfortable in his last days.

At first Ryan, a former athlete and member of the U.S. Coast Guard, was prescribed morphine. Then came large doses of fentanyl. The medication induced a semi-comatose state in his son, Jim told Emerald.

“During one of his rare waking moments, he grabbed my hand and asked me to get him off the fentanyl,” Jim said. “He didn’t want to spend his last few weeks sleeping.”

In his bleakest moment, Jim made a promise to help.

Jim reached out to his friends Heather Manus, RN (“Cannabis Nurse Heather”) and Ken Sobel – co-founders of the Cannabis Nurse Network – for help in locating appropriate cannabis medications for Ryan.  Nurse Heather arranged for a consultation with a chemist in the medical cannabis industry in the Pacific Northwest, to provide Ryan’s medicine.  Jim asked Ryan’s doctors to replace his fentanyl with medical cannabis — an idea which Ryan welcomed. But the hospital did not.

The issue was funding, the doctors explained. They attributed it to the federal prohibition of cannabis.

Undeterred by the classification of cannabis as a Schedule 1 substance, Jim found a hospital in Washington willing to provide Ryan alternative care for his terminal illness.

“They said bring in the medicine; we’ll refrigerate it with his name on it; show us how to administer it; and we’ll take it from there,” said Jim. “A complete reversal of the first hospital.”

At that point, Ryan could not swallow. So instead of edibles, doctors administered medical cannabis with an under-the-tongue spray.

After his first dose of medical cannabis in the hospital, Ryan and his family noticed an immediate impact on his energy and alertness.  “He was awake, pain-free and texting his friends,” Jim said. “He was like that for two and a half weeks before he died.”

Ryan Bartell was 41 when he passed. But his fight was not over.

The Quest for Ryan’s Law Begins

After Ryan passed, Jim enlisted the assistance of Ken Sobel and Senator Ben Hueso of San Diego, California.  As a result, Senate Bill 305 was introduced in early 2019, and titled as follows:

“ SB 305, Hueso. Compassionate Access to Medical Cannabis Act or Ryan’s Law. … The bill would require  hospitals and other health care facilities to allow terminally ill patients to use medical cannabis during their stay as an in-patient provided they have their medical marijuana card or written documentation that the use of medical cannabis is recommended by a physician.”

After months of tireless advocacy and a few amendments, Ryan’s Law passed the Assembly by a vote of 76-0, and later, by the Senate by a vote of 37-0.  However, Governor Newsom vetoed the law caving into pressure from the hospital lobby.

Undeterred, Senator re-filed the bill in the legislative session but it was subsequently stayed as a result of the Covid crisis in 2020.

Finally, in the 2021 session, the “new” bill – SB 311 – was thoroughly reviewed by multiple Assembly and Senate Committees and eventually passed with near unanimous support.  This time the Governor signed SB 311 into law on September 28, 2021, and it became effective on January 1, 2022.

Now, the Ryan’s Law team is advocating for a version of Senate Bill (SB) 311 in 14 other states and the United States Congress for 2022.  If approved these laws will also require healthcare facilities and hospitals to allow terminally-ill patients use of some types of medical cannabis.

“This is my therapy,” Jim said. “To me, that millions of people will benefit from this gives some meaning to why he died, because there’s no other reason that I can come to grips with it.”

Close to 87% of Americans support medical cannabis as an option for treatment in cases where the patient has received a terminal diagnosis. That is according to a survey from MorseLife Health System Hospice and Palliative Care.

Additionally, more than five million patients in legal states consume medical cannabis, according to data from the Medical Marijuana Project.

With this immense public support, Jim said he feels emboldened in his efforts.

Nurse Heather, a long time cannabis advocate added:  “The passage of Ryan’s Law is an important first step in normalizing the use of cannabis medicine in the traditional healthcare setting.”

Shortly following the passage of SB 311, CNN in conjunction with Jim Bartell organized an Implementation Committee to ensure that the provisions of Ryan’s Law are carried out throughout the state.  Ken Sobel and the working group drafted a “Guide to Ryan’s Law” for all hospitals and healthcare facilities, including nurses, doctors and administrators.  A copy of the Guide is linked to the site.

In addition, CNN has prepared video and on-line presentations for Ryan’s Law which will be promoted in upcoming events and provided to the healthcare community.  Various aspects of the bill will be reviewed including the following:

To alleviate concerns about federal funding, SB 311 includes certain caveats. Those considerations allow healthcare facilities and hospitals to determine how medical cannabis is stored and used.

Under Ryan’s Law, a licensed physician would prescribe medical cannabis, which the patient would then procure. In other words, the doctor does not act as a supplier. Instead, the doctor just ensures that the hospital does not interfere with patient use.

Moreover, the bill would prohibit certain forms of consumption such as smoking and vaping. Additionally, there is also a “safe harbor clause,” which allows hospitals to opt-out should the federal government intervene.

No Patient Left Behind

As mentioned, we hope to see dozens of other states and the federal government pass Ryan’s law in the coming years.

“This is about the quality of life and dignity of people who are going to die in the hospital,” Mr. Bartell said.  As such, public health officials and politicians consider flexible policy options for healthcare facilities.

In Minnesota, officials collaborated on a program that extends state law protections to clinicians caring for medical cannabis patients. And certain healthcare facilities, like the Mayo Clinic, have adopted Ryan’s Law policies as part of their operations.

“Federal law, Minnesota law, (Centers for Medicare & Medicaid Services) regulations and accrediting organizations’ requirements do not clearly align with one another,” the Minnesota Hospital Association stated on its website.

But so long as the discrepancy in access to quality care remains, some terminally-ill patients are left adrift for options.

In Missouri, for example, Nolan Sousley, a patient with stage four pancreatic cancer, was harassed by Bolivar police. Officers rifled through his belongings in the hospital room following a call regarding alleged cannabis use on the premises. According to the Kansas City Star, police did not find cannabis in Sousley’s room; nor did they arrest or cite the terminally-ill patient — who recorded the entire incident, and maintained in the video that he consumed medical cannabis off-site in pill form.

Situations like these concern Dr. Larry Bedard, a former physician and long-time medical authority on cannabis legislation who testified at hearings for Ryan’s Law and currently serves as a member of the Ryan’s Law Implementation Committee.  “The issue is not just with the politicians and police, but often the physicians themselves”, Bedard said.

“Ninety percent of physicians know nothing about cannabis,” Bedard, who also currently serves on the American Medical Association’s Cannabis Task Force, said. “I think that’s the biggest problem we have now.”

Subsequently, Americans for Safe Access (ASA), the “largest national member-based organization of patients, medical professionals, scientists and concerned citizens promoting safe and legal access to cannabis for therapeutic use and research,” got behind the push to implement SB 311.  It currently is hosting information on Ryan’s Law on its website and promises to assist patients whose rights are not respected under Ryan’s Law. 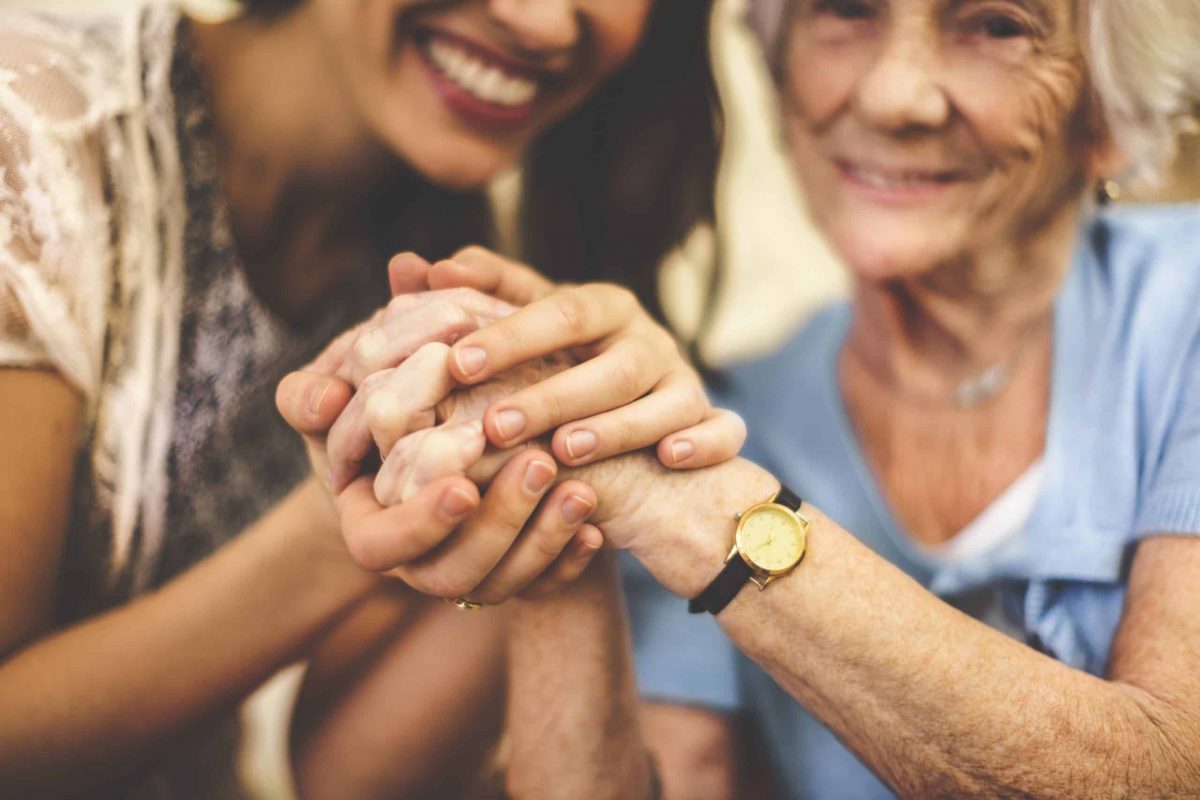 Four Criteria Nurses Use to Assure Cannabis is Medical Quality

Different extraction and production methods exert very different results. As a holistic nurse who specializes in application of medical cannabis therapy, knowing which formulations are optimal for targeting patient’s health goals comes with the territory. After years...