Epigenetics is defined as the environmental impact on gene expression, explaining how genes can be influenced to alter genetic health expression, like an on/off switch.

As a medical professional being introduced to Epigenetics in 2008 during a business conference in Florida, the topic was immediately intriguing. Depending on exposures, environmental interaction with genes, may result in positive or negative impacts on health. Exciting information, exemplifying that overall health is not solely determined based on what our parents contributed. Rather, we as individuals have the ability to influence inherited risk factors for familial diseases.1

Correctly applied Nutrigenomics (genetically-individualized nutrition) is a positive environmental factor with the potential to improve genetic predisposition to illness, by slowing or halting many contributors to disease.2

This supports what we’ve known for a long time: that given what it needs, the body can balance and heal itself.

Over the years of helping clients optimize their health through nutrigenomics and other alternatives, I’ve witnessed some amazing results including: successfully reducing harmful pharmaceuticals (with physician oversight), and addressing difficult to treat conditions like cancer and autoimmune. Knowledge of genetics within my practice has allowed for a smooth crossed over into another area of passion: medical cannabis therapy.

Contrary to it’s abhorrent social reputation in the last century, cannabis is proving to be a source of vital nutrients needed to maintain balance in the body, providing a perfect compliment to almost any nutrigenomic regimen. Of course, unique varieties of cannabis exert varying effects on individuals, an issue that may be resolved through a new process allowing for genetic guidance of cannabis therapy.

All humans have a master control Endocannabinoid System (ECS), which is so important that it’s widely argued that life would not be possible without its balancing influence.3

The ECS produces endocannabinoids that interact with our body’s receptors, and when activated they promote balance throughout the body systems.4

Since the role of the ECS is homeostasis or balance, and the underlying cause of most chronic illness is some sort of imbalance, it makes sense that endocannabinoid deficiency (lacking what’s needed to maintain homeostasis) is linked to chronic illness.5

Endocannabinoid science explains how medical cannabis therapy may benefit those suffering from chronic illness, and why many patients report cannabis is more effective than pharmaceuticals. Cannabis is remarkably safe overall. Cannabinoids promote systemic homeostasis, and is also potentially curative for many diseases.7

Every individual person has a unique genetic profile. Mutations may reflect predisposition to endocannabinoid deficiency, along with many other contributing factors that may potentially create imbalances. The cannabis plant contains many medicinal components, including 140+ phytocannabinoids and 200+ terpenes, providing a broad spectrum of the components needed to supplement an individual’s endocannabinoid deficiency profile.9

Assessing an individual’s genetics specific to the Endocannabinoid System (including other system pathways that overlap) can help to guide cannabis therapy. Assessing specific genetic involved with the endocannabinoid system is proving useful for reducing the “trial and error” phase when beginning to utilize cannabinoid therapeutics; while also providing more consistent and positive health outcomes. Several pathways are assessed to determine which cannabis components may best fit an individual’s needs.

Genes considered for assessment are included from the following pathways:10

The process of genetic screening is especially important in pediatric applications of cannabis therapy, because methylation pathway mutations predispose neurodevelopmental risks with child/adolescent use of cannabis.17

Methylation mutations are linked to chronic illness, by contributing to harmful systemic inflammation, and dysfunction in both the immune system and detoxification.18

The main reason most seek cannabis therapy for a minor child is chronic illness, making this is a common consideration for children who may benefit from cannabis therapy.

To clarify, this does not mean that children and adolescents (even with methylation mutations) should not use medical cannabis when it’s indicated. Rather, the information supports that methylation should be optimized with targeted supplementation (nutrigenomics) to mitigate risk factors.

Genetics are important, but it’s equally imperative to work with a medical professional that understands the basis of an individual’s condition(s), plus other unique cannabis considerations such as medication interactions, etiology of symptoms, and lifespan risk factors. Mitigating as many contributing factors as possible, balancing risk vs benefit, and assessing client goals as a holistic process reinforces optimal medical outcomes.  Fortunately, knowledgeable practitioners working in this field of medicine, are available to assess genetic cannabis risk factors, and optimize health further through nutrigenomics.19

A favorite analogy to describe the potential of combining nutrigenomics and cannabis therapy is a sink that’s overflowing with imbalances, thereby causing chronic illness symptoms. Starting cannabis therapy helps the body start balancing, and can be likened to taking the plug out of the drain in this overflowing sink scenario. Applied nutrigenomics can slow or turn off the running faucet; creating a powerful duo for systematic rebalancing and chronic illness recovery.

The intention of this article is to spread knowledge about related issues and options, allowing patients and medical professionals alike, awareness of the power of using human genetics to guide cannabis therapy. This comprehensive approach represents the future of medical cannabis, and offers a viable option for individualized systematic healing from widespread chronic illnesses that are prevalent today in our society. 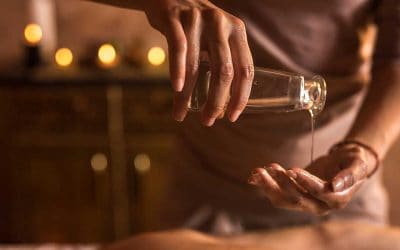 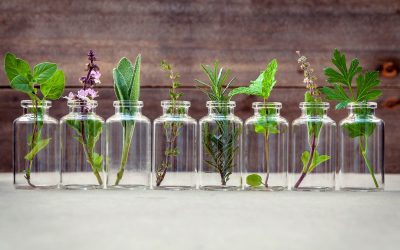 I love Terpenes, they are one of my favorite subjects to talk about. The terpenes found in Cannabis are especially fun to discuss. First, what are they? Terpenes are part of a plant and part of their own built in defense center. They are natural pesticides and... 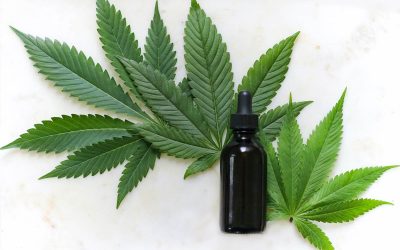