One Nurse’s Journey and Suggestions 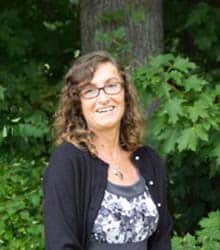 I am a Registered Nurse, an Associate Professor at the University of Maine, and an active ACNA member since 2014 and am the future President-Elect of ACNA. Even though I have supported cannabis reform for many years this year brought me to a new point in commitment and with it came a lot of new perspectives.

I was asked by the organizers of Yes on 1 to publicly voice my support for the “regulate and tax marijuana” measure. I read through the proposal several times and discussed it with those who support and oppose the measure.

You see, I do not take lightly my decision to support Yes on 1 in Maine. I will say that I see it as an ethical obligation to talk about why I support both the medical use of cannabis (Maine’s medical program stays in place with Yes on 1) and the recreational use of cannabis.

Yes on 1 asked me to write a letter about my stance that would go out to nurses from around the state of Maine. I was initially handed a form letter that a doctor had written. That would not work for me. I couldn’t sign onto something that was not in my voice, and that did not directly speak to nurses. So I wrote my own and clarified why I think Yes on one should have the medical and nursing communities’ support. I focused on the Endocannabinoid System (eCS), safety and access for all cannabis users. I urged nurses to educate themselves about the eCS and to consider the benefits for the state of Maine. I signed my name using my credentials, including that I am a board member of the ACNA and my title from the University of Maine.

I feel compelled to note that had I not received tenure last year I likely would not have used my work title in the letter. I may not have even written the letter because the tenure process is a precarious one. I had some confidence knowing that I had earned my title, which I was exercising my right to freedom of speech, and I was not acting in a way that could lead to my dismissal (which can only be done through a long process of proving incompetence in the workplace).

The letter emerged and was sent to random nurses around the state. I received one hateful email. “You should be ashamed of yourself, focusing on POT… shame on you…do something more useful with your Ph.D.”. After I got over the shock, I replied kindly, provided the sender with some links to my blogs that explain the eCS and ended with good wishes for peace and wellness.
Meanwhile, I was unaware that people who received the letter were contacting my school — from my Dean to the President of the University! Nurses were asking my colleagues if they too supported Yes on 1 and some of my colleagues were upset. The President of the University was frightened of negative publicity and initially wanted to state that the letter contained only my views, not those of the university or university system. A colleague told me I had suffered an error in judgment and my stance might hurt our Nursing Department. The administration contacted the legal department to see what they could or should do about me (and my stance).
My colleagues approached me before the school administration did and I can tell you I spent some time being fearful for my position. I contacted my union and asked for their thoughts and support. I called a lawyer for back up and spoke with the campaign about best tactics.

Ultimately the school supported my right to free speech. University administrators offered suggestions for me about the letter (e.g., providing a disclaimer that the view were solely mine) and requested a courtesy heads-up about any future campaigning.

The story doesn’t end here… the other day I received an email from a concerned medical cannabis patient in Arizona that had questions about my supporting their proposition in AZ. It turns out that my letter was, in part, utilized by the Arizona campaign though I did not know of this. I truly have not studied whether Prop 205 is good for Arizona or not. I received an apology from the campaign and a clear promise that they would contact me before using my name and credentials again without my permission. I do know there are several cannabis nurses in Arizona who support Prop 205 and I am sure some nurses do not as it has different restrictions than those in Maine’s Yes on 1.

I share this last part of the story because I want Cannabis Nurses to be alert and active but also strong, wary, and safe. I want Cannabis Nurses to consider their own ability to stand up for this plant, whether that be medicinally or full legalization. I want you as a Cannabis Nurse and patient advocate to think carefully about your choices, to not be fearful of standing up and advocating for patients, populations, and the healing of the planet.

Here are my recommendations for those who want to become more politically active in the cannabis arena:

If you are intuitive, tap into that power. It’s normal to feel anxious, scared or excited during a political process or when taking political action. It’s also normal to feel empowered one day and worn out or defeated the next. Sometimes it’s normal to doubt or second guess yourself; this is where your support network becomes important. You need people who believe in you, who will help you feel your way through any anxiety or fear.

Fill your spirit. Let it go and detach from the outcome. Do what you can and trust that you are guided on your path. Connect with the spirit and consciousness of the plant if you can do so.

I would love to hear about your stories of advocacy and activism, and how the ACNA can support us in all our efforts toward getting patients the medicine they need.