How Should Cannabis be Regulated?

Currently, marijuana (cannabis) is prohibited under federal law. Cannabis was arbitrarily placed in Schedule I of the regulatory system that was created under the Controlled Substances Act (CSA) of 1970 and has remained there for more than 4 decades despite the science that proves it never belonged there in the first place. There are 5 levels of control under the CSA, ranging from Schedule V, the lowest level of control to Schedule I, the forbidden drugs. As of September 2017, there are 29 states and Washington, DC that recognize cannabis as medicine, 8 states that have “legalized” adult use of cannabis, and a dozen additional states that allow restricted use of cannabis high in cannabidiol (CBD), a non-intoxicating cannabinoid. The U.S. is left with a patchwork of varying state laws conflicting with federal law and activists pushing for some sort of reform including measures such as re-scheduling, de-scheduling and legalizing. What do these terms mean and what would the cannabis laws and regulations look like under the various scenarios?

Cannabis sativa or Cannabis indica has been growing wild for millennia and used by humans as a source of food, medicine and fiber. In early American history, some states such as Kentucky and Virginia, required farmers to grow hemp (the cannabis plant low in THC) because of its valuable fiber in making ropes or fabrics, among other uses. The cannabis plant was also a source of medicine, and as it became more established in the U.S., several pharmaceutical companies sourced their medicine as Cannabis Americana (see picture of Ely Lilly bottle label- Cirque 1906). Up through the 1930s one could find cannabis medicines in the form of tinctures, tablets, salves and even cigarettes.

However, with the end of the alcohol prohibition, the Bureau of Narcotics and Dangerous Drugs, headed by Harry Anslinger, had lost its purpose. Anslinger needed another target for his department and found it among the Mexicans who were smoking marijuana and the “negroes” smoking reefer. This was cannabis by other names. Anslinger created a “Reefer Madness” hysteria about a new drug menace called marijuana, despite the fact that that same plant was known as a valuable medicine. The misinformation campaign ultimately led to the passage of the Marihuana Tax Act of 1937, which marked the beginning of the cannabis prohibition (Bonnie & Whitebread, 1974). The subsequent tax on cannabis along with other factors led to the removal of cannabis from the U.S. Pharmacopoeia by 1942.

By the 1960s marijuana use was associated with the anti-Vietnam war protesters and via the passage of the Controlled Substances Act in 1970, President Nixon used this as a means to control African Americans and hippies. Marijuana was initially placed in the forbidden category, with the plan to create a national commission to study the issue and make a final recommendation (National Commission on Marihuana and Drug Abuse,1972). When the commission found that cannabis did not fit the criteria, Nixon simply ignored their findings and left it in Schedule I (Downs, 2016).

The Comprehensive Drug Abuse Prevention and Control Act (CSA) of 1970:

The impetus for the CSA was for the U.S. to create legislation in response to the global Single Convention on Narcotic Drugs, signed in New York in 1961. The purpose of the federal CSA was to regulate the manufacture, importation, use and distribution of potential drugs of abuse according to their “abuse potential” in alliance with the international treaty entitled the Convention on Psychotropic Substances, signed in Vienna in 1971.

Interestingly, alcohol and tobacco were not included in the list of controlled substances. While the Department of Health and Human Services helps determine the abuse potential of drugs, the Drug Enforcement Administration (DEA) has the authority to add to, remove from or change the level of control of a drug within the CSA listing. Congress, through legislation, has the authority to remove cannabis from the CSA completely.

Schedule I drugs cannot be prescribed to patients. Schedule I drugs may be studied, but that requires a special license from the DEA to do so and the supply of cannabis must come from the only federal government approved source that is grown at the University of Mississippi under the control of the National Institute of Drug Abuse (NIDA). Schedule II drugs include the strong opioids that are locked in the “narcotics cabinet” on the hospital units or in clinics. Prescriptions for Schedule II drugs are limited to 30 days and cannot be called in to a pharmacy – that means that a patient needs to see their practitioner at least monthly in order to continue taking a Schedule II medication.

However in 2007, the regulations were amended to allow a care provider to write three 30-day dated prescriptions, providing a 90-day supply of their medication. Prescriptions for Schedule III and IV drugs require prescriptions that can be oral, written, or faxed and may not be filled or refilled more than 6 months after the initial date or refilled more than 5 times after the date of the prescription unless renewed by the practitioner. Schedule V drugs can only be distributed or dispensed for medical purposes.

Is Cannabis in the Wrong Schedule?

Cannabis is an herbal plant not a drug. The cannabis plant does not meet any of the 3 criteria for placement in Schedule I and there is clear evidence that it does not belong in the controlled substances listing. Cannabis is no more addictive than caffeine. The cannabis plant is “one of the safest therapeutically active substances known to man,” as determined in 1988 by the DEA’s own Administrative Law Judge, in his findings in the petition to the DEA by the National Organization for the Reform of Marijuana Laws (NORML) that was initially submitted in 1972 (Young, 1988). And finally, per the passage of multiple states passing laws that allow for the medical use of cannabis, there is “currently accepted medical use of marijuana in treatment in the U.S.”
So, should cannabis be re-scheduled to a less restrictive, legal level of control?

If not in Schedule I, which schedule would be appropriate? When dronabinol (Marinol®) was first approved by the FDA in 1985, it was placed in Schedule II. Dronabinol is synthetic THC in sesame oil – it is the specific constituent in the cannabis plant that causes the intoxication or high. After years of minimal to no diversion, the DEA down-regulated dronabinol to Schedule III – the only drug in the Scheduling system that has ever been down-regulated. One would have to question why the whole plant is in a more restrictive schedule than the pure intoxicating constituent.

A more accurate way to look at this is to acknowledge the difference between the whole plant and medicinal products made from the plant. When products are made from the cannabis plant to be sold to patients (whole plant formulations or isolated cannabinoids), there must be regulations in place to ensure safety and quality control related to the processing, packaging, and labeling of the product. Within the realm of medical cannabis is a wide range of products, from flowers, to tinctures and oil concentrates, to transdermal patches, to topicals, etc. and a wide range in dosage of these products. The question here is: Do any medical cannabis products even belong in the CSA listing?

The terms legalize and de-schedule are terms used in the discussion of cannabis law, but they are not synonymous terms. Placing the plant cannabis in Schedule I ultimately means that our federal government has prohibited the planting of cannabis seeds, cultivating the plant, and using the plant.

De-scheduling would end the federal prohibition. De-scheduling cannabis would mean that it does not belong in the CSA regulations and hopefully sends a message that our government should not have the power to prohibit a highly valuable natural plant. Cannabis should be recognized as a healing herb, a green leafy vegetable, and/or a beautiful plant. This live plant is non-toxic and poses no public health risk and to the contrary, it actually helps clean the air and the environment from toxins. If de-scheduled, anyone could grow their own cannabis plants and do with them as they choose, or purchase the plant at a farmer’s market and make their own food or medicinal products. Compare this to growing your own grapes or purchasing them and being able to make your own wine if you choose. Fresh grapes are a food source, but they can be fermented to create an intoxicant.

Most folks are not interested in growing their own food or making their own medicine, but if cannabis were de-scheduled farmers could grow the herb under the guidelines established by the American Herbal Pharmacopoeia and a person could buy various nutraceuticals or herbal remedies from an herbalist, or in a dispensary or health food store. Just recently Whole Foods has begun to offer packaged “Baby Hemp Leaves and Kale” in their produce department. At the same time, pharmaceutical companies could isolate various cannabinoids and/or develop synthetic cannabinoids to create cannabinoid medicines and go through the FDA approval process to get them to market.

The authors of this article are Nurses and as such we are patient advocates and hold great concern for the health and safety of our patients and the public in general.

It is crystal clear that the current federal prohibition of cannabis causes great harm to individuals, families and communities. Despite the fact that many states have laws that allow patients access to medical
cannabis, as long as the federal prohibition continues, numerous problems remain.

Where Do You Stand?

Cannabis is not a new drug, it is an ancient plant that has been valued and used by humans throughout the centuries. The “drug” marijuana has been demonized for the last eight decades in the U.S. despite the fact that its prohibition has been based on lies and exaggerations. There is a growing acceptance by the public for access to medical cannabis and as a result, more states will be allowing patient access to cannabis either by a citizen-driven initiative or state legislation. Federal legislators are presenting bills to effect changes in the Schedule I placement of cannabis.

Today we have an opioid overdose epidemic resulting in 92 deaths/day and Veterans are committing suicide at the low estimate of at least 22/day. Science and countless anecdotal reports indicate that cannabis can be an effective tool to help reduce these tragic deaths, let alone ease chronic pain for so many others. This is not the time for Nurses and other healthcare professionals to stay mute on the issue. It is our ethical responsibility to advocate for our patients best interests. Rescheduling will increase cost, decrease access, and waste a lot of precious time in more rule-making. Rescheduling will benefit a few, not the majority. De-scheduling will open the door for all to enjoy this highly beneficial and versatile plant. Which do you choose? 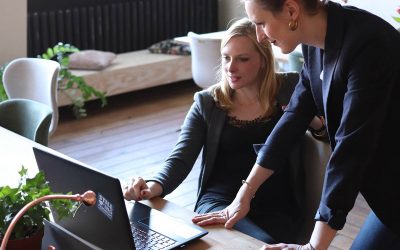