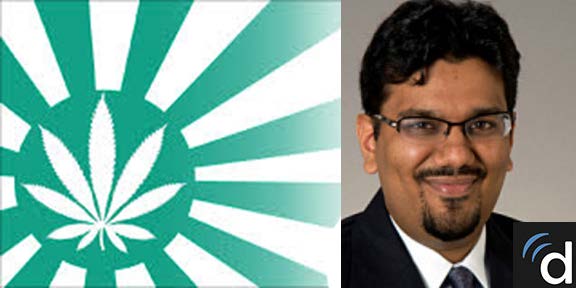 On Jan. 23, 2016, I delivered a TED-style talk at the 2016 Virtual Cannabis Health Summit produced by Green Flower Media.

Below are some highlights:

I resolved to “leverage my privilege” and strive to make a difference by “coming out” about cannabis in my scholarly and medical work. This is a way to heal, to turn a “badge of shame and target for state oppression” into a badge of courage.

I’m here today to tell you that there is a “marijuana drug fundamentalism” in society built on willful ignorance of cannabis and its effects that I wish to disrupt and do away with, using the strongest tools for knowledge-making that we have — science and social science — and build in its place a legitimate new edifice that links cannabis and health in a natural, understandable way that empowers you as it has me.

First things first: Let’s “unlearn” what governments have long propagandized and fooled people into believing that cannabis, referred to with that foreign-sounding name “marijuana,” is an invasive,
“illegal” alien threat that does not belong here, and needs to be monopolized away from the commons out of our reach for our good. Let’s instead re-integrate the plant cannabis back into our sense of the naturally evolved web of life on planet Earth, of which we are a part. Cannabis is an advanced, wind-pollinated plant which comes in two sexes, male and female (and occasionally hermaphrodites) which evolved around 38 million years ago

Somewhere in Central-Southern Asia. One theory of how some of the key chemical compounds came to be so abundant in ancestral cannabis plant flowers is that they evolved as a protective response to increasing UV radiation from the sun that they were exposed to in their native habitat as they rose to higher and higher elevations during the massive geological uplift that began 50 million years ago when the Indian subcontinent began to collide with the Asian landmass, creating the Himalayas, the world’s tallest mountain range. Archaeological evidence suggests that this wild cannabis plant (which still grows wild abundantly in these parts), was domesticated in South Asia as early as 18 thousand years ago. Its use as a medicinal agent quote “known for 1,000 years” is recorded in the Government of India’s traditional knowledge digital library to protect it and medical knowledge of its many uses from international biopiracy. Not only that, but Cannabis use as an aid in spiritual development, such as meditation, has been part of Indian religious traditions dating back thousands of years and cannabis remains consecrated and closely associated with certain deities and saints.
Second, let’s also unlearn that whole plant herbal cannabis medicinal use and experimentation is the business of unscientific quacks and know-nothing charlatans…

In fact, the history of cannabis in Western science and medicine is pretty striking, and we owe our modern understanding of cannabis as an end-of-life palliative, pain, spasm, and convulsion-relieving compound to Sir Dr. William O’Shaughnessy, a brilliant Irish scientist, physician, and educator virtually no one has heard of, who as a medical student helped to define the life-saving electrolyte hydration treatment of cholera victims. He was an early proponent of integrative medicine, learning from local healers, and his writings and work on cannabis from India in the 1830s, helped to bring it into the medical mainstream where it was looked upon quite favorably for use in painful menstrual disorders and neurological disorders such as migraine, spasms, Parkinson’s, dementia and epilepsy, touted by some of the great physicians of the 19th and 20th centuries, such as Sir Dr. William Osler, the father of internal medicine and co-founder of Johns Hopkins, Sir Dr. William Gowers, who first started checking hemoglobin levels in patients and commonly utilizing an ophthalmoscope to peer into the retina, and Sir Dr. J. Russell Reynolds, who laid the groundwork for our modern understanding of epilepsy and was Queen Victoria’s personal physician. Even 200 years before their time, the legendary scientist Robert Hooke, who invented the reflecting microscope and described “plant cells” for the first time, grew and self-experimented with cannabis and described its salutary effects. Knowing this history, it should not surprise us to learn that one of the final projects in the early 2000s of the late Nobel Laureate in Medicine Dr. Julius Axelrold, famous for his fundamental discoveries on how adrenaline and dopamine are produced, stored, and used in our bodies, was on the use of cannabis compounds as powerful antioxidants and protectants of the brain from damage due to injury, stroke, and diseases such as Alzheimer’s. He felt this to be so valuable that he co-patented the idea for the government. Knowing all this allows us to integrate cannabis into our collective geologic, cross-cultural, and hallowed science histories so that it will never again seem alien or marginal.

Like maple trees make sap, female cannabis flowers make a sticky resin, produced biologically for the practical role of protection from the elements but also for the procreative role to help get wild male pollen blowing in the wind to stick to and fertilize females. In many domesticated settings, females are separated from males to optimize resin production. Cannabis resin is truly one of the great finds and wonders of nature. As The Economist magazine, which understands value, poetically wrote in 2006:

“IF CANNABIS were unknown, and bioprospectors were suddenly to find it in some remote mountain crevice, its discovery would no doubt be hailed as a medical breakthrough. Scientists would praise its potential for treating everything from pain to cancer, and marvel at its rich pharmacopoeia —many of whose chemicals mimic vital moleculesin the human body.”

Now, here’s the rub — the really big deal that stands to revolutionize nearly every branch of medicine. Serious scientists around the globe, in studying the effects of cannabis on the body, discovered in the last decade of the 20th century, a whole new field of biology and physiology — the science of cannabinoid signaling — a phenomenon which has been integrally part of life itself for 600 million years. It was discovered over time by picking up a thread that began with finding a new widespread protein in our bodies that fits lock-and-key with a major cannabinoid in cannabis, and following that thread until it revealed a massive tapestry of DNA-encoded molecules working in unison, the endocannabinoid signaling system. Cannabinoid signalling, which is going on all of the time in many bodily tissues and organ systems, has major ramifications for our health, playing a key role in regulating mood, appetite, memory, inflammation, pain perception, muscle tone and movement, extinction of traumatic memories, protection of nerves and brain tissue, bone growth, tumor regulation, baby breastfeeding reward, stress management, eye pressure, gastrointestinal motility, seizure activity, and other areas of health. The Endocannabinoid System (ECS) is a molecular signaling network that plays a key role, like a symphony conductor — more of this signal, less of this signal, in maintaining healthy homeostasis and equilibrium in our bodies.

There have been tens of thousands of scientific papers published on the ECS, and over 8,000 human subjects have been part of published controlled clinical studies with cannabis and cannabinoids proving their effective-ness in treating real ailments, some of which you will hear about at this Summit. What’s remarkable is that compounds from cannabis resin when consumed can either gently hook directly into specific endocannabinoid receptors or indirectly increase the activity of the system, thereby helping us to treat symptoms such as chronic pain, anxiety, depressed mood, nausea, loss of appetite, and spasms. They can also lead to tamping down of inflammation, reduction of toxicity from the excess release of neurotransmitters, quieting of seizures, and many other exciting possibilities such as controlling cancers, fighting infections, diabetes, and autoimmune diseases, and yes, learning how to relax.

This cannabinoid science mechanistically explains why cannabis resin has therapeutic utilities that have been observed for millennia and shows that its use in the preservation, promotion, and restoration of health is scientifically sound and sustainable, as an organic, herbal, renewable, therapeutic cannabinoid delivery vehicle. We need more research to further our understanding of what types and how much of cannabis preparations are best for which conditions, desires, and individual chemistries.

In closing, let me stress again that the cannabis plant truly does belong to the global commonwealth of all peoples. I hope by learning about its deep history and its health potential, we would build better regulatory systems that respect and optimize the human-cannabis relationship, including our freedom to farm it, trade and share it, which is our birthright, as we move from criminalization to civilization, and stop discrediting and start crediting cannabis-knowledgeable folks. It is normal and okay to have an affinity and gravitate towards certain plants in our commons, and we can heal violence and injustice if we acknowledge that and integrate it into our understanding of who we are and what we care about in the world, especially in our health systems and our laws.