Autism and Cannabis: One Mom’s Journey in the State of Arizona 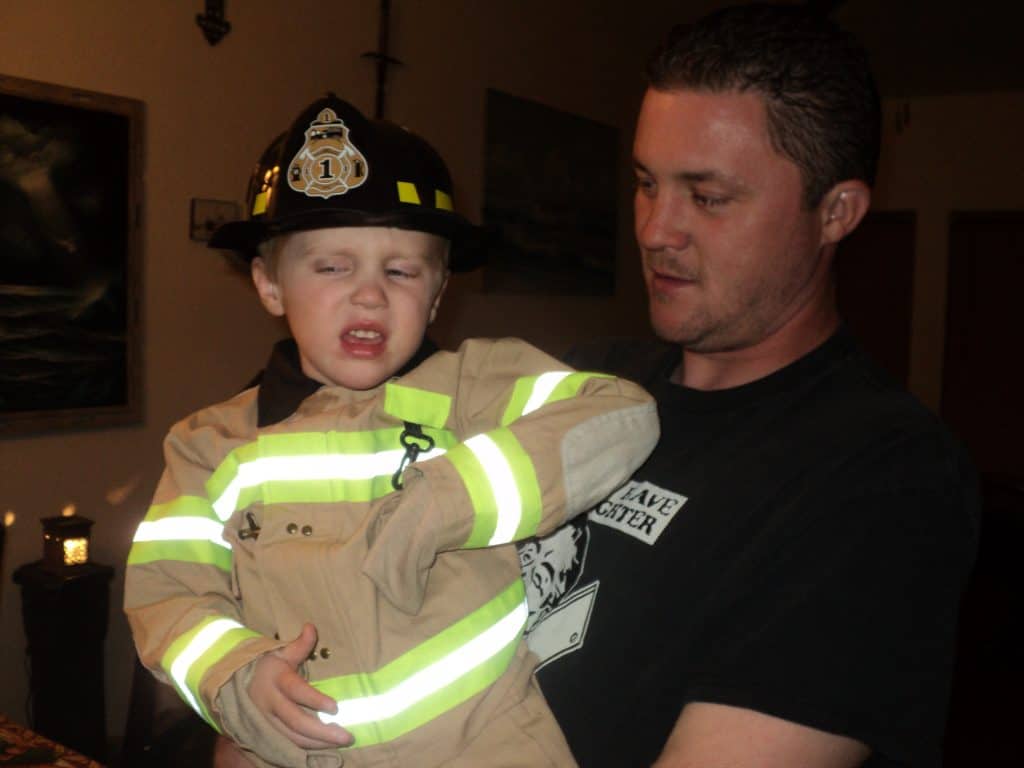 Logan had a regression in developmental milestones at one year old, and that’s when the alarm bells started ringing. His pediatrician dismissed my concerns, but I kept pushing forward to ﬁnd answers.

Logan was diagnosed with Regressive Autism, and Encephalopathy on Feb. 20th, 2013. The developmental pediatrician told me that my son was severely Autistic, and I didn’t even know what Autism was. She told me Logan most likely will never speak to me, and that I would be my son’s caretaker for the rest of his life or mine. 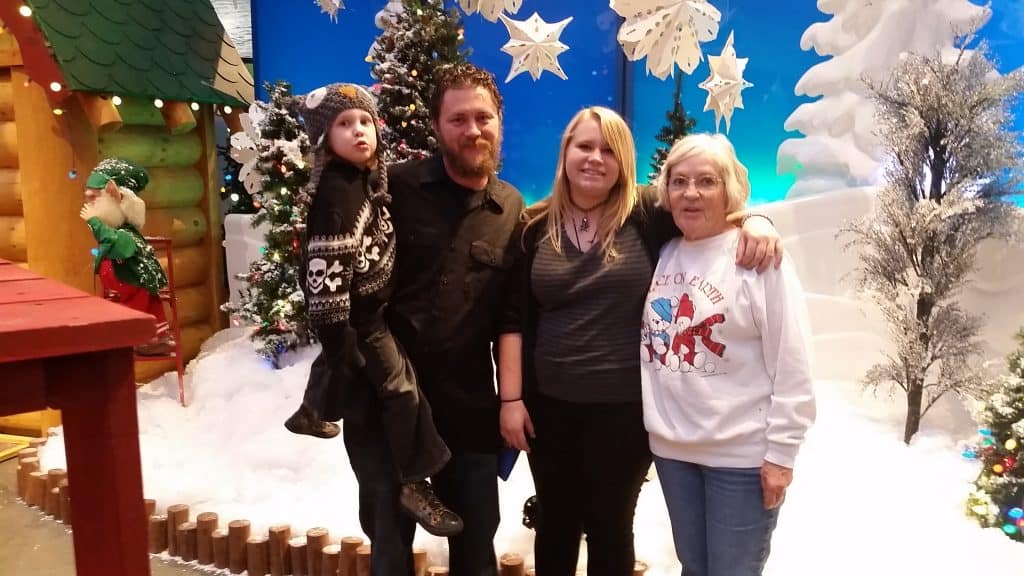 During the appointment, the doctor observed abnormal eye movements Logan had, and she sent him in for an EEG. He went on to receive another diagnosis, Absent Seizures. Logan was also diagnosed with Enterocolitis in May 2016.

SELF INJURIOUS BEHAVIOR AND AGGRESSION

As soon as Logan woke up and his feet hit the ground, everyone was on high alert. Logan used to bang his head  75-150 times per day. His needs were so extensive; we had a Habilitation specialist in our home for 40 hours per week. My sons HAB worker and I witnessed him headbutt a brick wall and the concrete patio. Those memories will never leave my mind. I thought Logan’s head was going to cave in. I was so worried about skull fractures and concussions. When the ER doctor showed me how to tell if a skull had been fractured, my stomach started to roll.

Logan’s meltdowns could last up to three hours. All I could do is sit on the ﬂoor and hold him to my chest as tight as I could, and block as many blows as possible. He would thrash around violently. My body felt like I was hit by a truck after those episodes. I couldn’t imagine what my son felt. One day I got a small dose of what he went through. My son’s head butted me so hard; I ended up with a pretty serious concussion. I still have vertigo spells, and I get really bad migraines to this day. Was Logan experiencing reoccurring concussions, Total Brain Injury (TBI) from all the headbanging?

As Logan moved out of the toddler stages, his aggression became even more concerning. Every single door in our home had a hole on it on both sides. The master bedroom door was ripped off the hinges. The metal front door had 30 dent marks on it from Logan banging his head. He destroyed all of our dining room chairs by slamming the backs of the chairs down to the ground, over and over. Logan put his head through the living room window. The drawer faces and cabinet doors in the kitchen and bathrooms were all damaged from him slamming them over and over.

Going into public was a nightmare. We couldn’t go to the store. We never ate together as a family in a restaurant. No movies, no family vacations. We tried to take Logan out into public and do normal things as a family. We wanted him to have as much fun as possible. But to be honest, it was the complete opposite. Logan didn’t have fun at all, and it was quite overwhelming for everyone. Logan would just drop to the ground and scream. And everyone would stare, make rude comments, and give us dirty looks.

Logan had such bad sensory issues and hated wearing clothes and shoes. He would rip the clothes off his body. When we could get shoes on him, he would sit on the ground and bring his foot to his head with his hand and bang his head with his shoes. This made it extremely difﬁcult to get Logan to therapy and preschool on time. Transitioning him to the car was one of the hardest feats of the day, as well as diaper changes.

Logan had to sleep in our room. I was always afraid of him eloping or having a seizure in the middle of the night. We would turn everything off around 9:30 – 10 PM and Logan would lay in bed and ﬂop like a ﬁsh. He would jump up periodically, and open and close the door ﬁve or six times. Lay back down, ﬂop back and forth, then jump up and open and close the washer three or four times. Eventually, he would pass out from exhaustion at one, two, or three in the morning. Sometimes he would fall asleep for 3 or 4 hours, and wakeup and start stimming. We had to sleep with one eye open most nights.

All that changed June 19th, 2015. I gave Logan his ﬁrst dose of Full Extract Cannabis Oil (FECO) and 20 minutes later his hand ﬂapping, jumping up and down, verbal stims, and teeth grinding all slowly started to melt away. He came and SAT DOWN next to me for a long time, and watched a movie with me for the ﬁrst time in his life!

Logan added 180 new words to his vocabulary in the ﬁrst two months, and his ATEC score dropped 56 points in six months! Before cannabis, Logan was non-verbal. We worked hard on speech. He could only approximate 10-15 words at any given time. But he would regress often, and I would never hear him say the words again. Now Logan will say almost every word I prompt him to say, and now he has over 200 words he can use spontaneously and in the proper context. He can verbalize his basic needs, and he keeps adding speech. No regressions.

Thriving in Therapy and School

Logan can sit through an entire therapy session, and attend a therapist lead task. I felt like therapy was such a waste of time before cannabis. Our whole therapy session was spent waiting out meltdowns, and now he engages in therapy.
Logan is no longer a threat to teachers and peers. We wrote his IEP, and in 52 days he mastered all his goals. His teacher told me she has never seen a student blow through their goals so quickly and easily. He can say his ABC’s, shapes, colors, and he can name at least two dozen animals and mimic their sounds. He can count to count to 20 and can name all the coins.

Logan is potty training! He is going on the potty at school, and at home. If he soils his diaper, he lets me know and is completely cooperative. His sensory issues are attenuated. He gets dressed in the morning no problem. He can even dress most of the way.

Logan makes eye contact with everyone now. He says hi and bye to people. He is aware of his environment now. He is responding to his name when I call him, and his receptive speech is amazing! He is responding to the things I ask him to do. Like ﬁnd your shoes, or throw something away.
It’s much easier to redirect Logan and avoid melt downs all together. We can eat together as a family at restaurants now. He can go to the grocery store with us, and he even gives me time to read the labels. Most of the time he behaves better than the neuro-typical children.
We have FUN out in the world. We have taken him to the water park. We visited the snow. We took our ﬁrst family vacation to Santa Monica last summer. We have a sense of normalcy in our lives now.
Cannabis attenuates the frequency, duration and intensity of Logan’s melt downs, anxiety, aggression and self-injurious behaviors and it helps Logan self-regulate. It also attenuates his speech apraxia, dyspraxia, bruxism, stimming, seizures, and reduces inﬂammation in his brain and gut.

Logan takes FECO twice a day on food. One dose before school, and another after school. The more strains we mix in the oil, the better! I am learning how important terpenes are. We like to add in Nature Nurse™ CBD chocolate in his diet like a vitamin. A lot of the glycerin-based CBD tinctures are problematic with Logan’s gastro issues, so the chocolates are perfect! Cannabis is therapeutic for ALL of the conditions Logan has.

My Advise to Parents

Start low and go slow. Everyone’s stories are great guidelines, but keep in mind everyone is different. Johnny’s sweet spot isn’t going to be the same as Logan’s. KEEP a journal and Log everything. It will help you ﬁgure out whats working and whats not. Buy small amounts until you ﬁnd what works. That way if it doesn’t work your not wasting money. LISTEN to your child and never stop learning!

I ﬁrst met Nurse Heather Manus at the Southwest Cannabis conference in October 2015, and I have been bugging her ever since. Logan has always been a big fan of blonds, so of course, they connected right away. Arizona Cannabis Nurses Association ﬁled a petition on behalf of Arizona Autism Families in January 2016, and again in July 2016. They continue to fight for other conditions to be added and are leading the way by example.

When we ﬁrst started this cannabis journey, the goal was just to get the seizures to stop. I was not expecting much outside of that. Cannabis ended up saving the sanity of my family by providing my son with relief. Some Autism patients have no medical explanation for their self-injurious behavior. Risperdal and Abilify should not be the only option us parents are left with.
It turns out I wasn’t the only parent out there that felt that way. I joined forces with a grassroots organization established in Texas in 2014 called MAMMA; Mothers Advocating Medical Marijuana for Autism. I was asked by the founder, Amy Lou Faywell, to start the second MAMMA’s chapter in Arizona.